Is it suggesting an hourglass and the Earth? Is it based on the Native American Lakota’s symbol of the sun and earth. Or is the Extinction Symbol just a catchy icon?

Whatever the answer, the Extinction Symbol, created by London artist ‘ESP’ has cemented its place amongst the most famous counterculture emblems.

Its impact is reminiscent of the Campaign for Nuclear Disarmament logo, created by British designer Gerald Holtom in the 1950’s – better known as the ‘Peace Symbol’, and even the ‘Smiley’ of the 1980’s rave culture.

The Extinction Symbol was created back in 2011, long before the current Extinction Rebellion movement, the symbol initially struggled to gain traction and was was even rejected by nearly 20 environmental groups.

After creating the extinction symbol, the artist himself recalls – “I started off by chalking it really large on a wall down Brick Lane and some guys standing across the street were joking around, asking me if I thought I was Banksy or something. I just ignored them and carried on. Then they became curious about the meaning and one said “X marks the spot”, then his friend said “No, time’s running out”. I turned around and was like “Yes!!”. I walked over and gave them a flyer about the extinction crisis that I’d printed off for such occasions. That incident gave me confidence that people could instantly get the meaning of it, even though the design was somewhat stylised for ease of application.”

It was not until 2018 that it was adopted by Extinction Rebellion, an international apolitical network using non-violent direct action to persuade governments to act justly on the Climate and Ecological Emergency. Since then the symbol has become a rallying call around the world to halt man made biodiversity loss and reduce greenhouse gas emissions.

The symbol’s growing presence around the world is certainly aided by its simplicity. Just like the peace symbol, it’s easy to replicate, which allows people to adopt it as their own and be incredibly inventive with it. Whether it is painted a placard, daubed on a wall or worn with defiant pride on pin-badges – it is a recognisable democratic logo for the people.

Read a full interview with ESP by Eco Hustler here, and you can follow Extinction Rebellion @extinctionr on Twitter. 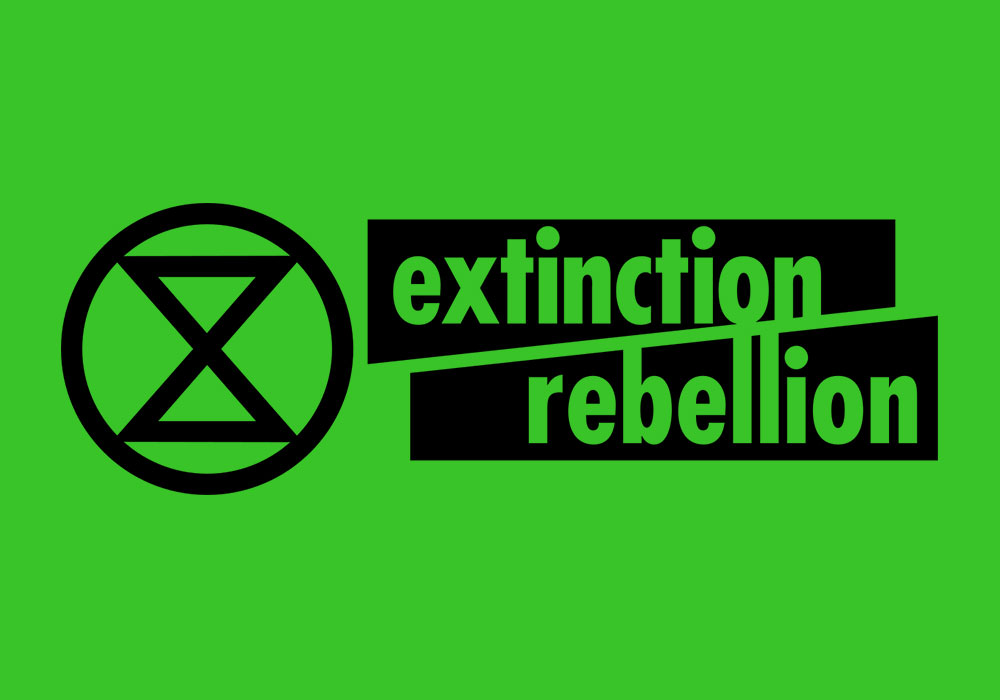 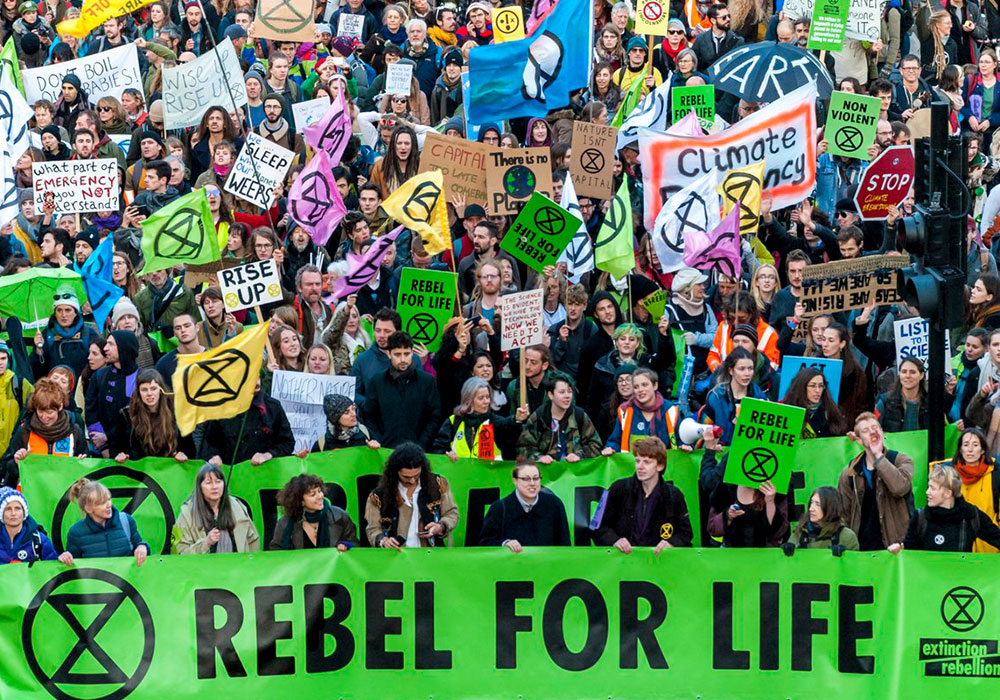 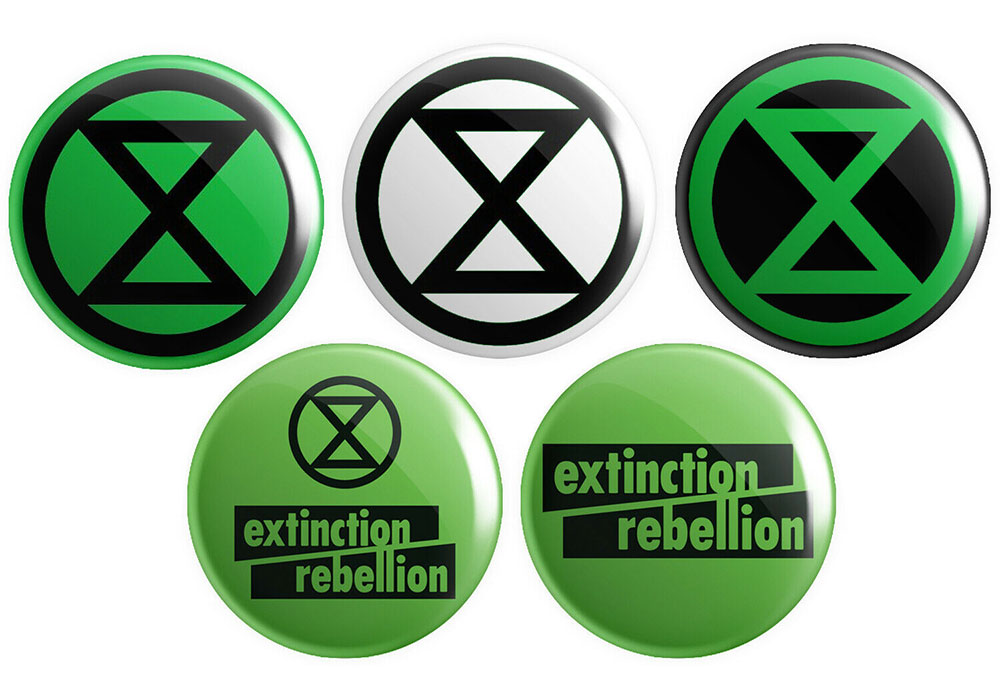 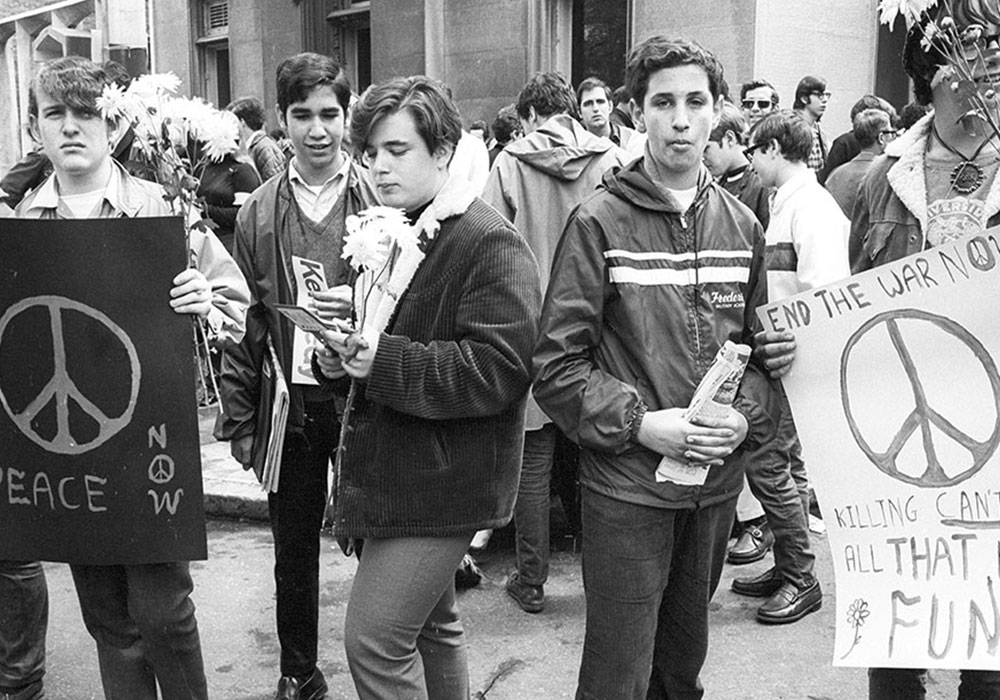